Globalization started in Taiwan as early as in the 17th century. Since then, Taiwan has been under the global influences from the Dutch and, Spanish, Japanese, and Chinese. Ethnically, Taiwan is a multicultural society with aboriginals, Chinese, and new comers from Asian regions and all over the world. The languages spoken by these groups have provided the basis for the way in which multilingualism is practiced in Taiwan.

The present-day Taiwan is an important economic and technological center in Asia. Because foreign trade has been the engine of Taiwan's economic growth during the past 40 years, people in Taiwan have long recognized English as an important tool for international communication. English is the language taught from kindergarten to secondary schools and a compulsory subject in higher education. Many Taiwanese are already using English in an ELF context before the concept was developed and gained research attention.

Tainan City, the old capital of Taiwan, is the island's cradle of culture and traditions. With many historical sites within walking distance of one another, visitors will find great rewards by exploring this popular tourist destination.

Four hundred years ago, people from afar came to Anping, the starting point of Tainan. Now NCKU is reaching out from this historic city with her talented graduates, solid research strengths, an internationalized academic environment,and effective academia-industry cooperation. Named after Zheng Cheng-gong (Koxinga), a heroic pioneer of Taiwan's development, NCKU has too evolved in the development of this ancient capital city of Taiwan for 88 years since its founding. As "Cheng-gong" also means success in Chinese, NCKU students and faculty members take pride in belonging to an academic community that enjoys an enviable reputation for its outstanding success.

NCKU has always been diverse and outward-looking. NCKU has agreements signed with 2017 schools and institutes in 36 countries worldwide. It also launched Taiwan's first comprehensive program of English for specific academic purposes for all undergraduate students in 2012 to prepare them for the global environment of academic studies. NCKU is also offering 27 English mediated degree programs and more than 300 English taught courses across all disciplines every semester for both local and international students. At NCKU, English is used for learning, teaching, researching, and living on campus. 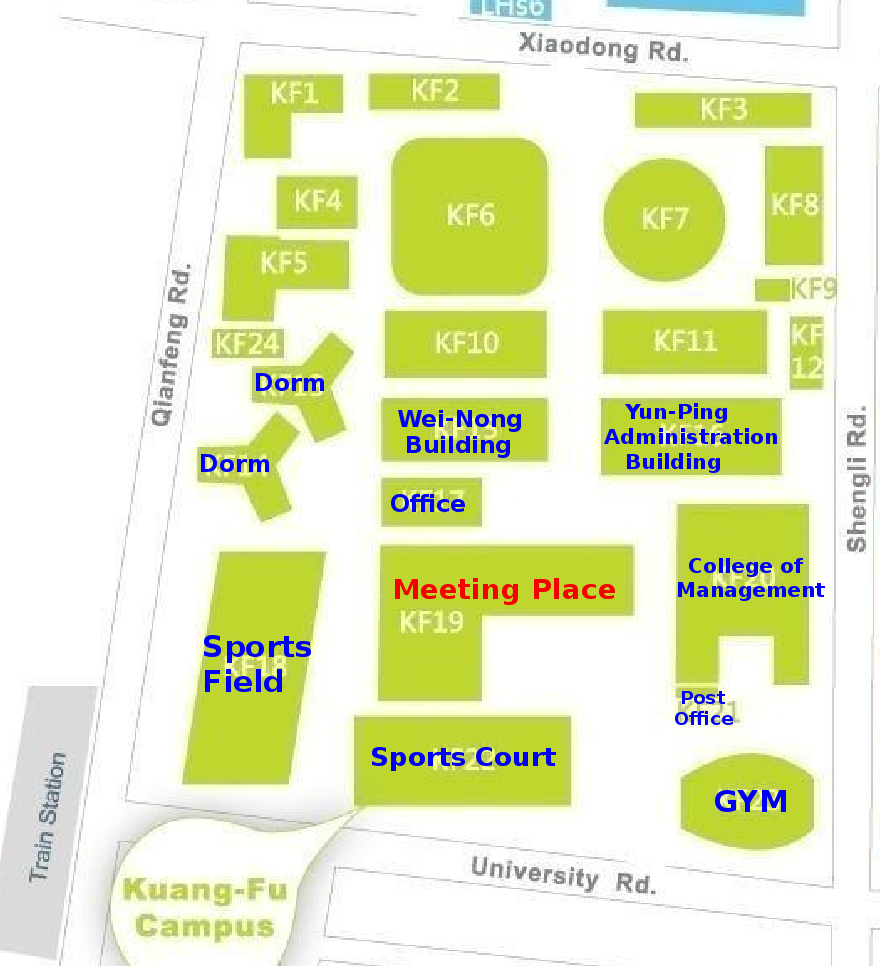 The map of Kuang-Fu Campus

The International Conference Hall in Kuang-Fu Campus is the main venue of conference.

Links to the Introduction of NCKU